The Lalla Mussa Dal is a signature dish.

This rich dal that we take pride in, gets its name from the ‘Lala Musa - Railway station’ in the North West Frontier Province, where it was initially prepared. The dal continues to be made in the traditional way even to this day, with it undergoing an elaborate process of cleaning with turmeric, vinegar and salt before cooking it on a wood-fired tandoor for 36 hours. This dal used to be slow-cooked overnight and further enhanced with cream and butter making it creamier and richer.

‘Kali dal’ in our style is one of the fastest moving items on our menu and on record days, to dish out a couple of hundred liters is normal!

At The Yellow Chilli, we now recreate the same magic in a much richer way. It has been recreated with the addition of green gram, which is lighter, while retaining the base of whole black gram that is heavy and heaty. The dal is finished by tempering chopped garlic in ghee until browned.

With this preparation, we at The Yellow Chilli wish to revive some of the lost recipes from a bygone era and live up to our promise of serving rare and exquisite Indian dishes. 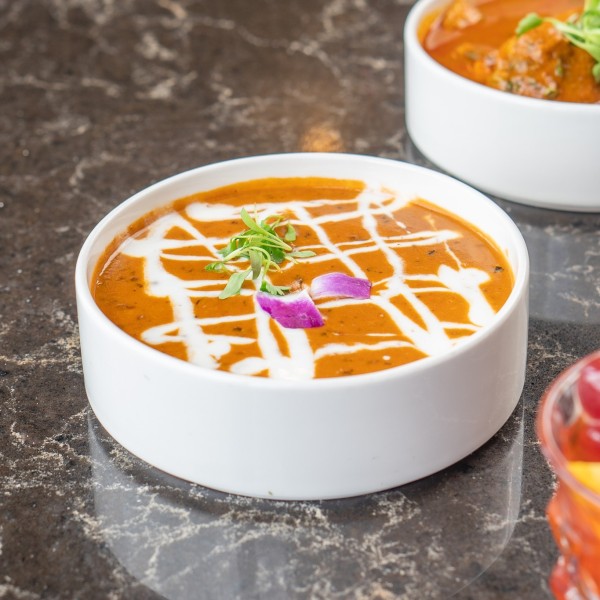