Shaam Savera is a visual treat to the eyes as well as a gastronomical treat. The dish has spinach kofta stuffed with creamy cottage cheese served in flavourful and creamy tomato gravy.  When cut open in half, the koftas show off the light inside. The dish is more than just food, it is poetry on a plate.

Interestingly, the colour palette of the dish conveys the contrasting times of the day, with ‘Shaam’ refering to evening (darkness) and ‘Savera’ refers to morning (white day light) in hindi. The other interpretation is that it evokes the spirit of nationalism. Ever since then, the recipe has been adapted in various forms. 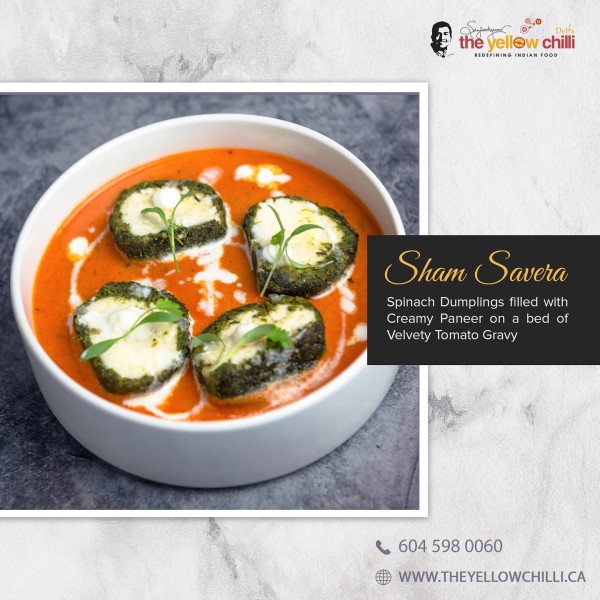